As SIF’s Project Officer and Aldabra Clean Up Project’s (ACUP) co-team leader, I find myself in a particularly empowering position to help steer a project that will not only benefit Aldabra, a place that has fundamentally changed my life for the better, but Seychelles and the international community. I hope that I can provide an insight into how the solution came about and my role in assisting the vision of a pioneering environmental organisation become reality.

I believe that the scale and multiplicity of this project is something that has grown me and everyone else involved. ACUP, in removing marine pollution, fundraising, conducting education and outreach activities and researching the effects and origins of plastic, will add momentum to a global movement that is finding innovative ways to tackle this mammoth issue.

Moreover, not only does ACUP share Aldabra with volunteers who would otherwise never have the chance to visit such a wonder, but it also shares these volunteers’ stories with Seychelles and the rest of the world. In this way, and through crowdfunding, I believe it has and will bring people from all over the world together. I hope this account will help inspire others to take on this cause and other environmental challenges, and show how the public and private sectors can be incentivised to help the management of protected areas. 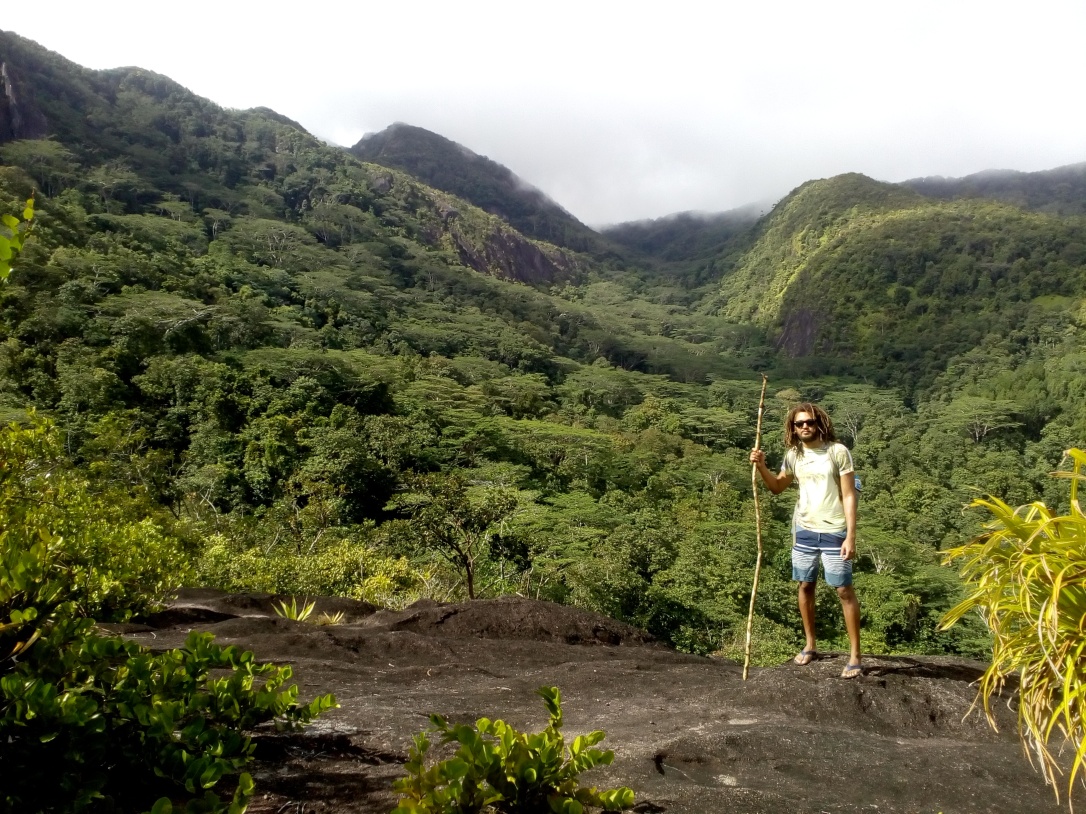 My first experience of Aldabra, which ultimately led me to be part of ACUP, started before my university studies when I was forced by financial constraints to take a working gap year. Considering Aldabra is a place of Outstanding Universal Value and one which very few Seychellois, international travellers and researchers will ever visit, I had resigned myself to thinking that Aldabra was one of these locations that would be too remote to reach in my lifetime. But I was lucky. 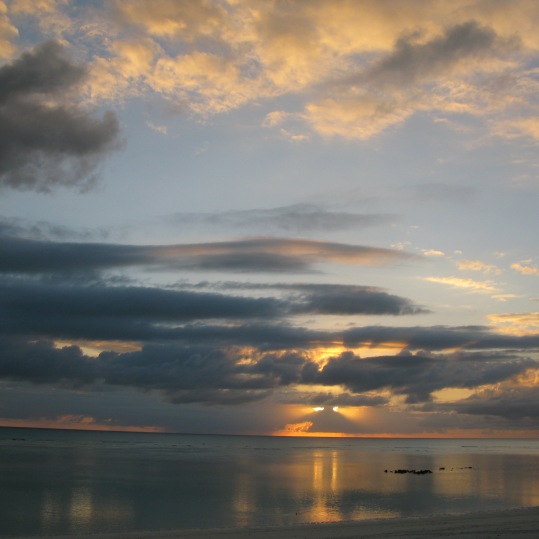 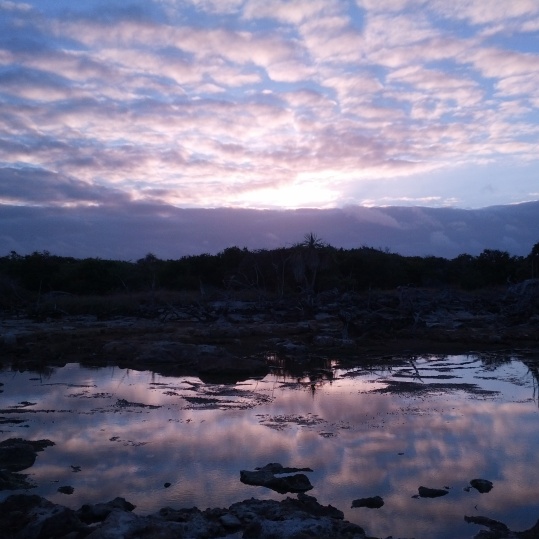 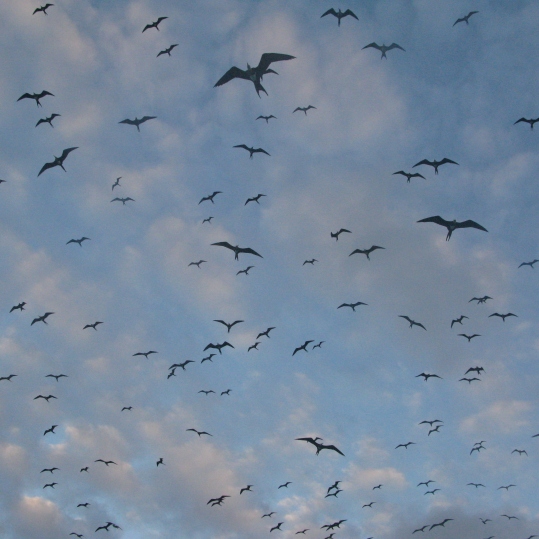 At just 19 I was offered the job of Assistant Field Research Officer for seven months. This time would profoundly enrich and influence my life and studies, inspiring me to take on Environmental Geographical Sciences on top of my International Relations major. During my time on the atoll I learned so much about Aldabra’s ecosystem, history and tremendous biological value. It was one of my first work experiences and gave me an opportunity like no other to apply what I had learnt in biology, and now its lessons are forever ingrained within me. 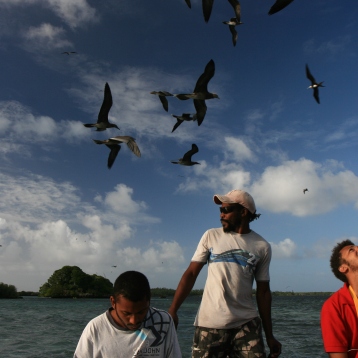 Crossing the lagoon, while Boobies fly above.

In the lagoon with some super rangers. 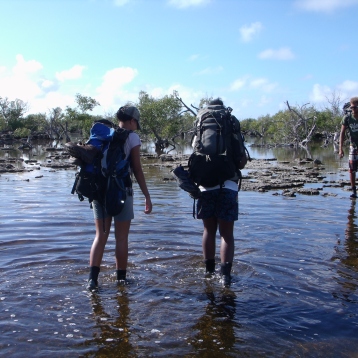 Crossing the mangroves on our way to Cinq Cases.

Simultaneously, I also began to understand and experience some of the greatest threats and challenges islands such as Aldabra face, such as invasive species, coral bleaching, poaching, climate change and marine pollution. In the case of marine pollution, it was shocking as it was impossible to miss. I remember thinking, how could somewhere so remote from any human settlements be under siege by the daily paraphernalia of our lives? How could this place that has been given such protection still be affected by humans? Like with climate change I realised, without knowing the particular word for it, that I was living in – and Aldabra was surviving – the Anthropocene.

Regular beach cleans were conducted along the main settlement beach but on the more remote parts of Aldabra the amount of marine pollution was too great and the logistical constraints to high for meaningful action. This issue was discussed at length by the staff on Aldabra and even since I was stationed there in 2013, the problem has escalated and the occurrence of animals hurt or killed by marine pollution has increased.

Essentially, with each discussion we all always ended up agreeing that the main problem, and the raison d’etre for my working gap year, was a lack of finance. The SIF have a finite budget in which to manage the two world heritage sites and, like all non-profit conservation organisations, have to carefully choose how these funds are used to maximise their conservation efforts. An effective solution to removing the waste from Aldabra was inhibited by daunting logistical and financial constraints.

Understanding first-hand the tremendous amount of resources Aldabra needs for its usual logistics and the competitive nature of receiving grants, which are aimed at specific issues, it seemed impossible to say that SIF would one day be able to find a financial a solution to begin combatting this ever growing challenge. Chartering flights and supply vessels to Aldabra makes up a considerable percentage of SIF’s annual budget. Therefore, sending a dedicated team to Aldabra for cleaning up its beaches and hiring a vessel to return with all this waste would cost SIF an immense sum. In any case, I left Aldabra in December 2013 to begin my studies and though it had been an incredible experience I left feeling like there were some environmental problems too large to tackle. 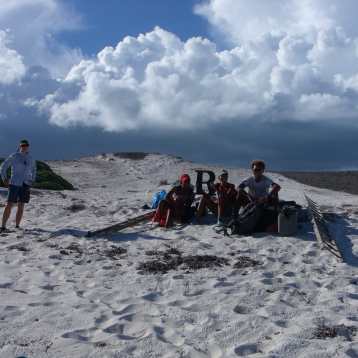 Trying on washed up flip flops/slippers. 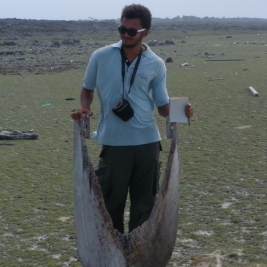 A piece of a canone found washed ashore.

Marine debris collected and piled away as best as possible. 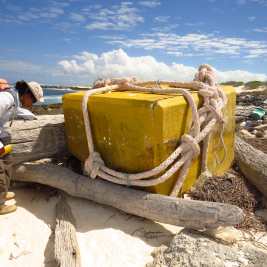 Some marine debris are larger than others.

In returning to Seychelles and SIF, after four years of studies in South Africa, I was given yet another amazing chance by SIF. I was asked to help solve an Aldabra problem that I had discussed all those years ago. In that time, much momentum had been achieved globally and locally on the threat of plastic pollution, like BBC’s Blue Planet II and The Ocean Cleanup, and the actions of local NGOs like the SIDS Youth AIMS Hub and The Ocean Project, amongst others, in lobbying governments to ban plastic items and encourage public participation in beach clean-ups. This was extremely moving to watch and read while studying and even more so once arriving back in Seychelles.

What inspired me most about these actions and campaigns was the fact that young people were either at the centre of organising such initiatives or being targeted to be contributors to the solutions. Understanding the value of Seychelles’ environment as our comparative advantage and the source of wealth and sustenance, while considering the ever growing focus on marine resources, through the blue economy, it was clear to me that this issue would affect all facets of Seychelles future.

Taking SIF’s offer I learned that at its 2017 Annual General Meeting, the board of trustees, after conducting a beach clean-up on one of Aldabra’s remote beaches, committed SIF to finding a holistic and feasible solution to the issue of marine plastic pollution. With the partnership of the University of Oxford secured and a sum of approximately £20,000 committed by SIF, ACUP’s design phase began in December 2018.

This initial phase of the project involved skyping between SIF’s head office, Aldabra’s research station and the Queen’s college at Oxford, capturing ideas and creating content. These meetings took place with people I had barely or never met before and led to brain storming sessions and the compilation of Aldabra footage that would be vital for ACUP’s volunteer recruitment efforts and fundraising plans.

Meeting with people like April Burt (ACUP’s co team leader and Aldabra’s previous Scientific Coordinator), Cheryl Sanchez (Aldabra’s current Scientific Coordinator), Dr Lindsay Turnbull (one of SIF’s trustees and an Oxford Professor) whilst reconnecting with Aldabra’s Island Manager Jude Brice and Aldabra House Project Coordinator Christina Quanz, amongst many others in SIF and Oxford, to bounce ideas off one other was riveting (in the coming months you will also be hearing from them too).

On 3rd May 2018, ACUP’s first milestone was achieved in the release of a recruitment video, launching the nationwide video competition to be a volunteer for the ACUP. The recruitment video was accompanied with a criteria document that would guide people’s application and give them an idea of what it would take.

Just over three weeks later, after the deadline for submissions, we had selected ACUP’s Seychellois volunteers, setup a website and social media presence, sent out sponsorship packs to UK based companies, launched the project at the Royal Society’s headquarters in London and secured State House for the Seychelles launch. Moreover, we had raised a substantial amount of funds already! Some notable contributors are the Nobel Caledonia Charitable Trust, the British High Commission Victoria, EV Bullen Ltd, Utilita Energy, Aspect Capital and several other individuals and organisations.

On the way to a beach clean up at Anse Major, Mahe. 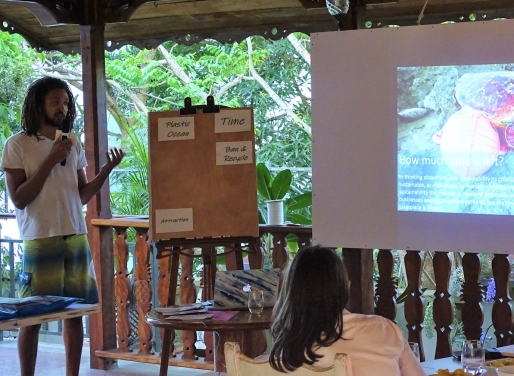 Presenting ACUP at UP!

On the way to a beach clean up at Anse Major, Mahe.

Several weeks on from this, our crowdfunding page’s minimum target was not only exceeded by over £3,000, but £13,000 was raised from non-corporate sponsors! Such an achievement was made possible by tapping into personal networks through social media and word of mouth, with groups of people organising clean-ups and bike rides to raise funds and awareness of the issue, in both Seychelles and the UK. Although we had planned for ACUP to build itself this way, the momentum and the way in which people and companies stepped forward still surprised me and is incredible.

Moreover, with the Seychelles government’s approval for ACUP to receive Corporate Social Responsibility (CSR) Tax donations, ACUP will be collaborating with Seychelles based corporate sponsors in a way that fits into their existing business model and adds to their brand through exciting publicity opportunities.

Working at the confluence of all these various activities is an amazing experience. It is amongst many things a learning experience of how exactly the environment, members of the public as well as the private sector can collaborate to achieve mutual benefits. This is extremely heartening as it is at times too easy to see the world as a zero-sum game.

Ultimately, being part of, as well as seeing the continued success of ACUP is as insightful as it is rewarding. I believe that by approaching people at a grass root level and presenting companies with a commercially viable way to help the environment, ACUP has not only made substantial headway in funding itself, but also in achieving one of its other aims: raising awareness. The fact that I have seen friends, family and strangers of the ACUP team commit their personal funds, or that of their businesses, to this cause, with the idea of receiving tangible results such as photos of bags of trash collected, has allowed me to believe that international cooperation, outside and within the paradigms of the state, can solve global collective problems.

For an avid student of International Relations and a working conservationist who aims to take on other international issues such as climate change, being part of such an amazing project and team, has allowed me to observe a socio-economic experiment on citizen science whilst simultaneously being within its petri dish. 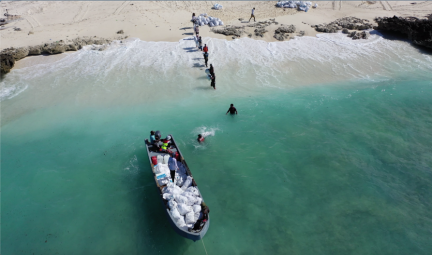 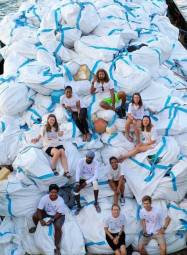 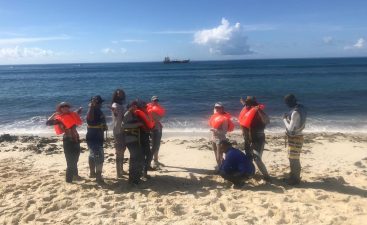